Forthcoming changes to the Safety of Life at Sea (SOLAS) treaty will require that all containers have a verified weight certificate before being loaded on to a ship.

The changes come into force on the 1st July 2016. The intention is to reduce the number of accidents at sea which are caused by wrongly declared container weights. 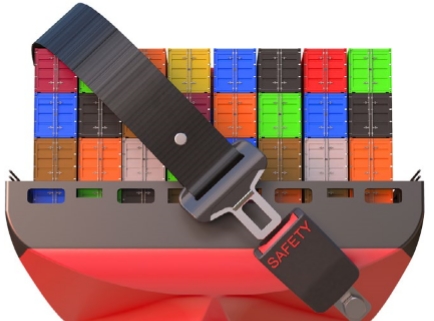 SOLAS is an international maritime safety treaty designed to ensure that ships comply with minimum safety standards in construction, equipment and operation. The International Maritime Organization (IMO) has announced that this new container weighing legislation will come into force from July 1, 2016. With the first ever version of the treaty passed in response to the sinking of the Titanic in 1914, SOLAS in itself is not new. However, the forthcoming introduction of mandatory verification of shippers’ declared container weights will require all containers to be weighed before being shipped.

Shippers are already required to declare container weights on the bill of laiding/paperwork. However, with as many as one-third of the 130 million
containers transported each year believed to be overweight, it is clear that many weights are wrongly declared. This misdeclaration of weights has been responsible for many disasters. In fact, when the MSC Napoli met its end off the coast of Cornwall (UK) in 2007, 20% containers on board were found to be at least three tonnes different from the weight declared on the manifest – with some as much as 20 tonnes heavier. The change to the SOLAS convention will require that all weights are properly verified using an approved method. If the gross mass of containers is not verified by the shipper, or not stated in the shipping document, the terminal operator must not load the containers on board a ship.

Fill out our Satisfaction Survey!